New York and the New England in the Fall

Known for its historic sites and stunning fall foliage, New England in fall delights all the senses. On this tour, you’ll experience the spectacular beauty and historic places. The tour starts and ends in New York 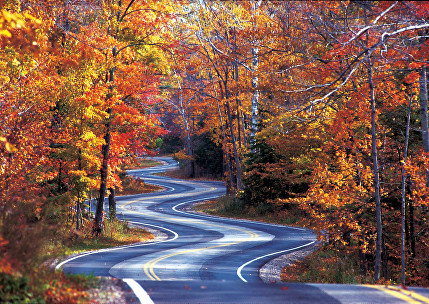 In the more southern states of Massachusetts and Rhode Island and along the coast of New Hampshire and southern Maine, can start a little later and often lasts up until November. Fall is also an excellent time to see the New England coastline area, the weather is often still warm and beautiful, and the summer crowds are gone. It's a perfect time to walk the beaches, explore antique shops, specialty boutiques, and get the best table on those dockside patios. You'll find beautiful fall colors here too, even along the roadways.

Boston is a wonderful blend of stylish sophistication and historic New England charm. You can easily uncover the city’s past while enjoying the old masters and the brew masters, pedal-powered swan boat rides or high speed catamaran whale watches. Shop artisanal markets or chic boutiques. While the afternoon away at a sidewalk cafÃ©s or dine at one of the many restaurants to be found throughout the city.

New York City’s five boroughs are home to some of the world’s most recognizable, cherished landmarks and attractions. From Times Square and Central Park to the Empire State Building and The Metropolitan Museum of Art, the island of Manhattan packs more famous icons into one compact area than any other place on earth; and that’s to say nothing of the City’s four other boroughs, The Bronx, Brooklyn, Queens and Staten Island each of which contains its own list of must-see attractions.

New York and the New England in the Fall Enquiry

@The_Marques_Man Could be challenging but fun!

@grahamandleigh Can I have more details when available please. Thanks

@Chris_Pickering @lotuscars It really is a stunning looking and well thought out car. Can’t wait to get one to drive

If @lotuscars get this right, they’ve got a world beater A great looking and practical car with some lovely details https://t.co/iyQ2vmBZZ6