Enjoy a 10 Day, 9 Night Tour including some of Germany’s most iconic destinations. The Rhine Valley is straight out of a picture book. 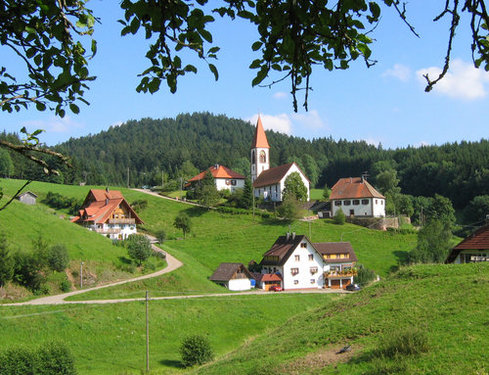 Enjoy a 10 Day, 9 Night Tour including some of Germany’s most iconic destinations. The Rhine Valley is straight out of a picture book, the Romantic Road with its medieval towns and half-timbered houses ending at the fairytale Neuschwanstein Castle and last but not least, the Black Forest is one of Germany's largest and best known regions.

The Rhine Valley is straight out of a picture book, with precipitous cliffs, steep vineyards, a castle perched on virtually every hilltop and pretty villages lining the river banks on either side. Myths and legends abound here, such as the story of Loreley, the beautiful siren of the rocks. Towns like Bacharach, Boppard, St. Goar and Linz epitomise the charm of this remarkable area with its rich cultural heritage. UNESCO has recognised the importance of the region by designating the Middle Rhine Valley a World Heritage area.

The Romantic Road is a German Scenic Drive through Bavaria that leads you from Wurzburg and the Franconia wine country to the fairy tale castle of Neuschwanstein nestled in the foothills of the Bavarian Alps. You'll find picturesque towns with city walls, towers, and half-timbered houses, hidden monasteries and medieval castles. On this 261 mile long scenic route the journey is your reward.

The Black Forest is one of Germany's largest and best known regions. A magical land of wonderful scenery with pine clad mountains and rolling hills, lush green valleys, crystal clear lakes and enchanting waterfalls. Quaint half timbered buildings nestle in delightful historic towns and villages, there are spectacular gorges carved by the River Rhine, plus of course those magnificent cuckoo clocks and the famous Black Forest Gateau. This scenic tour is based in the delightful village of Hornberg, set in the beautiful Gutach mountain valley, in the district of Reichenbach in the heart of the Black Forest.

@boosplodge @Nefos_tweets @HillF1 Better than I was able to make it look, in fact on another level, great respect

@boosplodge @Nefos_tweets Several come to mind, but a lap of Mallory park in a standard 2 litre Ford Saphire with D… https://t.co/GxbUdxlxSD

@AutoPap Good problem to have

Our 35th Valentines Day together and she does this 😂 still full of surprises @juliestevens28 https://t.co/ThBtYFXSbI