Norway’s Arctic Highway is one of the world’s great roads. It runs for about 1500km from Mo i Rana, just south of the Arctic Circle to Honningsvag and the North Cape. 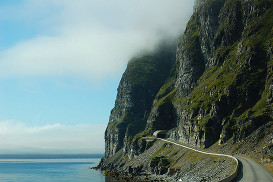 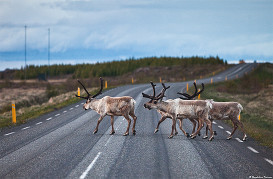 Norway's Arctic Highway is one of the world's great roads. It runs for about 1500km from Mo i Rana, just south of the Arctic Circle to Honningsvag and the North Cape. Seen simply in terms of latitude, the road gets to within nineteen and a half degrees of the North Pole; roughly as far north as central Greenland. Almost as remarkable, it reaches as far east as Istanbul.

The Arctic Highway is a relatively modern road; the product of an evolutionary process to give Norway a coherent and unbroken land link through its most remote Arctic regions. The Highways early development was characterised by the joining up of the links which were Northern Norway’s historic local tracks. High plateaux and mountains were to be crossed, freezing and desolate tundra wastelands conquered.

Even when seemingly complete, the road had a further obstacle to clear. Norway’s fractured west coast was seen to be the next challenge. When, just over sixty years ago, the Highway was deemed to have been completed there were still no less than ten sections where the link was not a road but a ferry. With the ingenuity and audacity of Norway’s road engineers, these were gradually reduced by bridging or tunnelling until today only one ferry remains in the Highway’s path.

So, is there still a challenge to drive the length of Norway’s Arctic Highway and explore its branches?

The answer has to be yes, this is, after all, a long road across one of Europe’s most remote and least inhabited regions. It is even quite a challenge to reach its starting point, Mo i Rana. The surfaces, widths and configuration have improved but the natural hazards remain. The climate is unpredictable, mountains still have to be crossed. The old targets can still be set: to reach the top of Europe at North Cape, to make it to the border with Arctic Russia, to experience Lapland. And, of course, there is the stark beauty of the landscape. Arctic Norway is one of the most beautiful places on the planet.