The Chantilly Arts & Elegance Richard Mille has quickly become part of that very elite circle of the most outstanding events of its type. 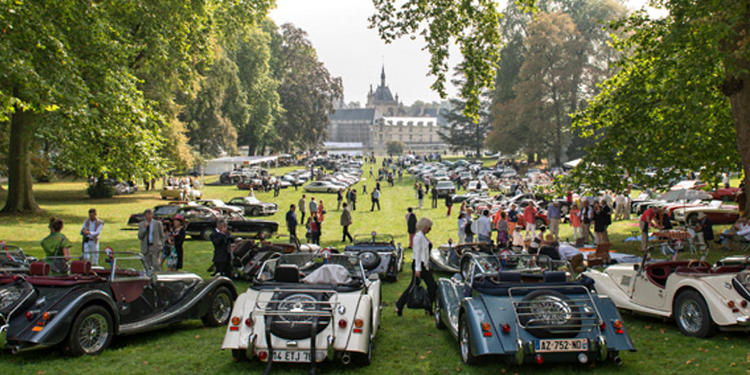 The Chantilly Arts & Elegance Richard Mille has quickly become part of that very elite circle of the most outstanding events of its type. Numerous exhibits celebrating the French Art de Vivre were also very popular as were the various forms of entertainment for the general public.

The Chantilly Arts & Elegance Richard Mille event will now become a bi-annual event the 6th Edition will be held in June 2021 and will follow in the footsteps of the previous events with smart attire actively encouraged to fit in with the atmosphere of the event.

More than 100,000 spectators converged on Chantilly to admire over 500 historic racing cars on the track and 8,500 vintage cars in the general enclosures specially designed to accommodate car clubs representing 60 marques.

Compiegne Forest & Pierrefonds Rally – This rally takes you through the Compiegne Forest, the second largest forest in France covering 35,620 acres. Its oak and beech lined roads criss-cross the forest where both the Armistice of 1918 and of 1940 were signed, one ending the first World War and the other where France surrendered to Nazi’s some 22 years later. The village of Pierrefonds is on the south-east edge of the Compiegne Forest, best known for the Chateau de Pierrefonds and its picturesque village. The castle is one of the most impressive and photogenic in France and because of its multitude of spires and towers and its ‘unspoiled’ appearance it has been often used as a film set including the recent Merlin television series.